The cooking challenge is off to a good start this year, with a record number of entries to our quiche cook-off. Thanks to the enthusiasm drummed-up in the Chrismas stollen challenge.

Here are the quiches: 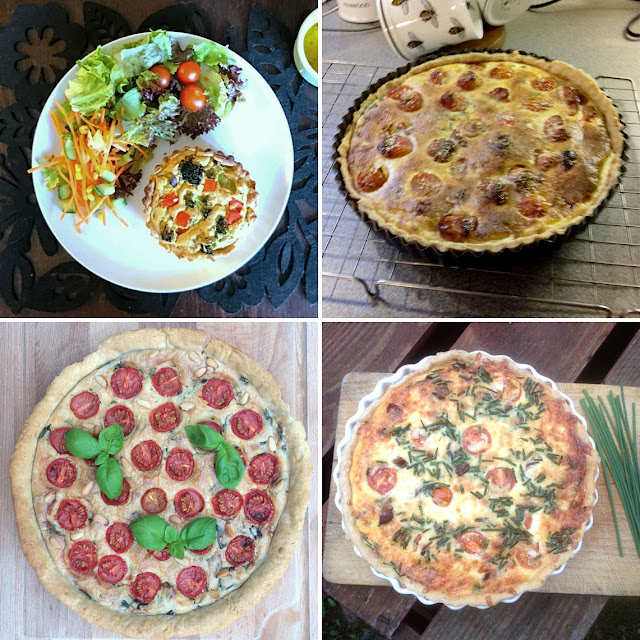 They all look pretty good - no baking disasters this time! It's impressive to have two vegan entries too - especially as quiche is so traditionally egg-based.

Derek made his filling using tofu and tahini, whereas I found a recipe which called for a filling mixture of soy cream, chickpea flour and ground cashews.

Here's the recipe I followed. I added basil and pine nuts to the ingredients too as they're my favourites. 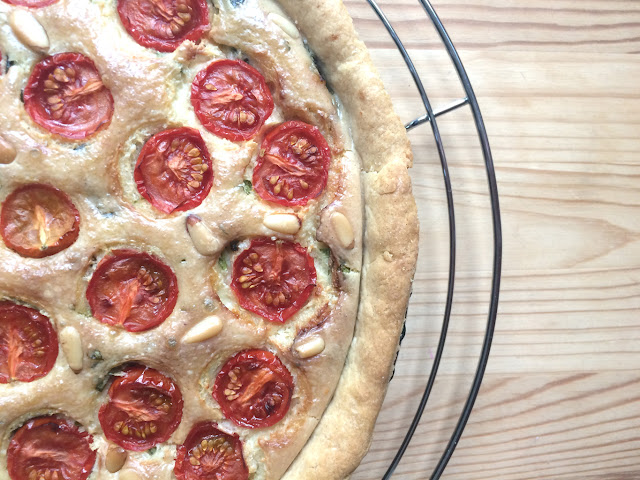 The pastry was really easy to make, and simply substituted butter for olive spread to make it vegan. I decided to blind bake it first to make sure it was extra crispy and didn't go soggy once the filling was added.

The recipe actually made enough pastry and mixture to fill my quiche tin, with some left over for an extra mini quiche. Lucky us. 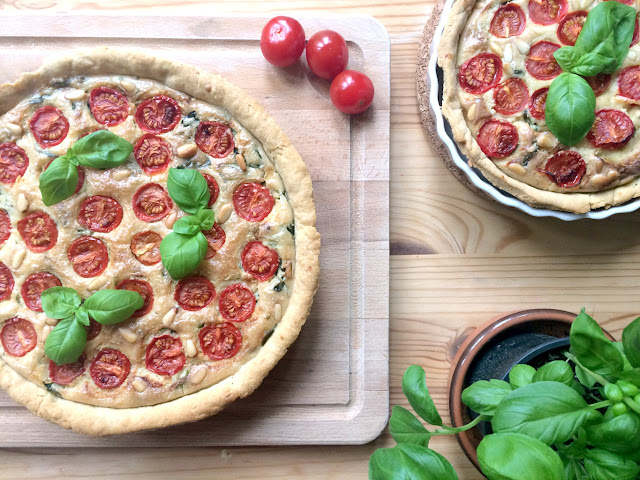 I was super pleased with how they both came out. The pastry was crisp, and the filling was firm. I really like the way the roasted tomatoes look too - it's quite a pretty quiche.

And luckily I made enough so that Ben and I could enjoy it cold for lunches throughout the week too. 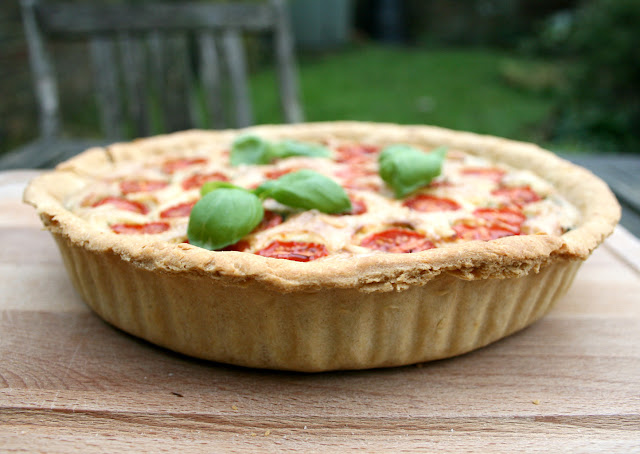 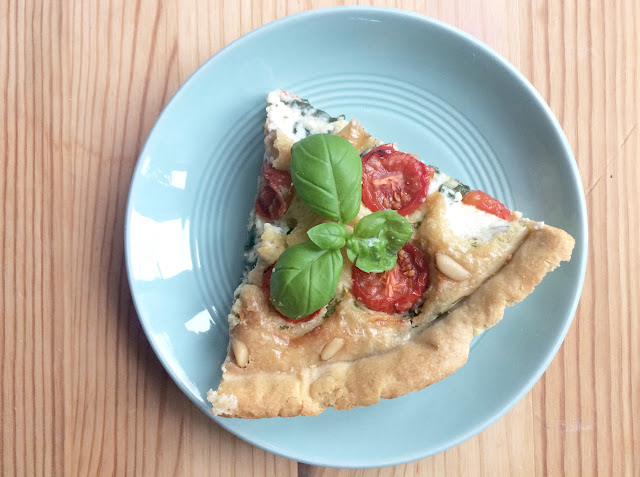 Derek's was the first entry to come in. He had to self-judge his one, and he gave it a 7/10, docking himself points for adding too much filling (he said he was greedy).

I made mine next - it was a bit of a challenge as Ben normally doesn't like quiche that much due to the egg giving him tummy ache (hence the vegan approach). It paid off though as he said it was one of the best quiches he has ever had, and he didn't get a tummy ache either. He scored me 10/10 - success!

Audrey (Ben's mum) made hers next, and scored a very respectable 8/10 for her quiche. John (Ben's dad) later said that he would have given her an extra point if there had been bacon included too, which sounds very similar to my dad's approach to judging.

My mum made hers last, with my dad as the judge (luckily there was bacon!). He said he couldn't fault it and gave it full marks with 10/10. Well done mother! 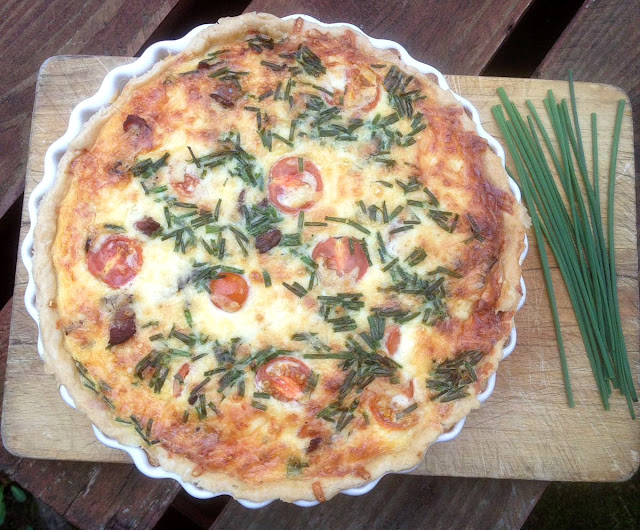 This felt like quite a competitive one as there were so many of us taking part, so it's great that we all did so well.

I really enjoyed the quiche I made (especially when it was cold) and it was great for lunches at work, so I definitely think I'll make it again sometime soon. Good picnic food too! 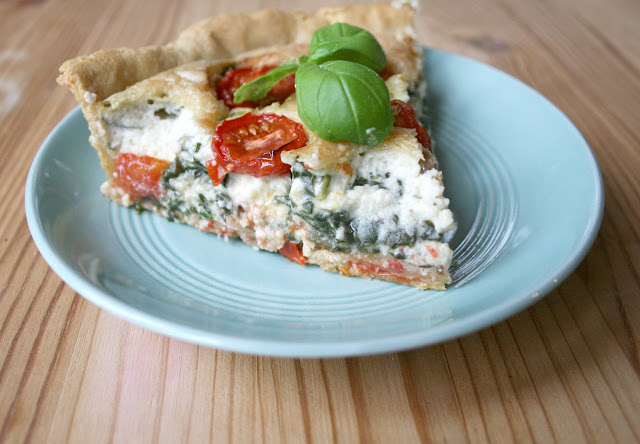 Our next challenge is hot cross buns, and is scheduled to be completed by Easter.

I'm looking forward to this one as I love hot cross buns. Although at the moment I have no idea about how to do the cross. I'd better do some research...