We decided to schedule in a festive cooking challenge this Christmas, partly because my mum was stalling with her sushi, and partly because it would be an opportunity for a side by side taste test as we would all be together in the same place.

The one shown on the left above was my stollen, and my mum's is on the right. My mum's definitely looks the most stollen-like.

The recipe I chose was this one, which was described as 'Nigel Slater's version of the perfect Christmas stollen'. I'm not sure where I went wrong, but I would say mine turned out far from perfect.

We hosted Christmas at our house this year, so Ben and I took to the kitchen on Christmas eve for a bit of a cooking session. A good day to bake a traditional German fruit bread too! 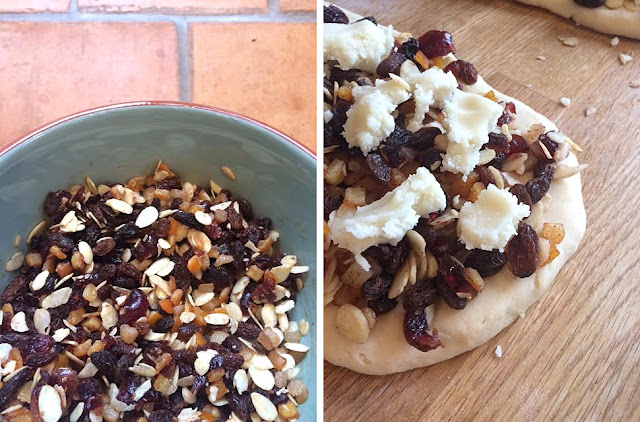 The ingredients list for the filling of Nigel Slater's stollen was definitely a winner: cardamoms, cherries, mixed peel, sultanas, ground cinnamon, flaked almonds and marzipan. It smelt delicious when it was all mixed together in a bowl.

Well, apart from the cardamoms, as I accidentally left them in the pestle and mortar and we only discovered them on boxing day - oops! I must have got distracted by the gravy/nut loaf/mushroom stuffing.

However, I think it was the construction where things started to go wrong for me. The filling was rolled up in the centre of the dough, rather than being mixed in, which meant it ended up as sort of filled tube of plain bread, rather than a lovely moist fruit loaf. 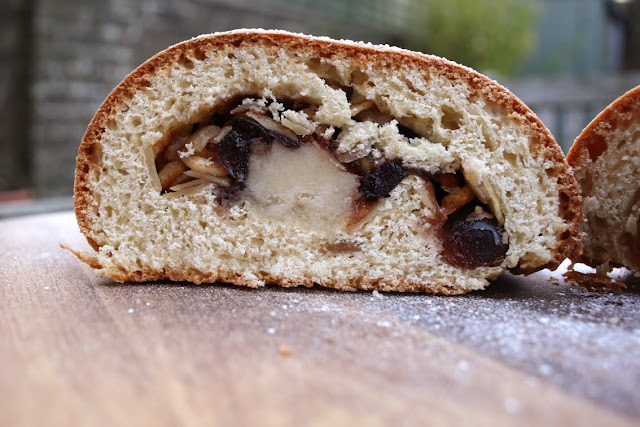 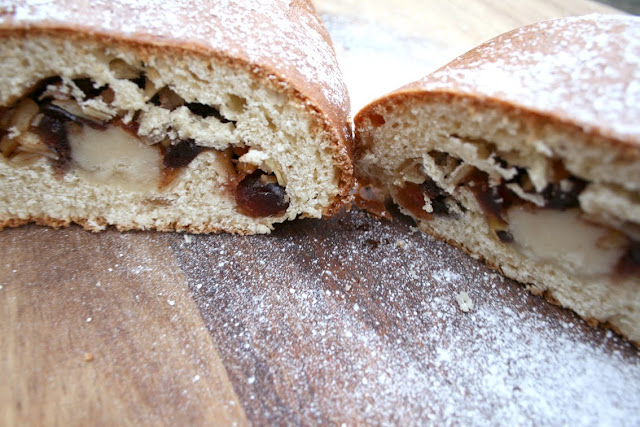 My mum seemed to get on better with her recipe. She followed a Delia Smith one she found in a newspaper (it might be this one). Hers had a long stick of marzipan running through the centre of the mixed-fruit dough, possibly more in line with the traditional Stollen. 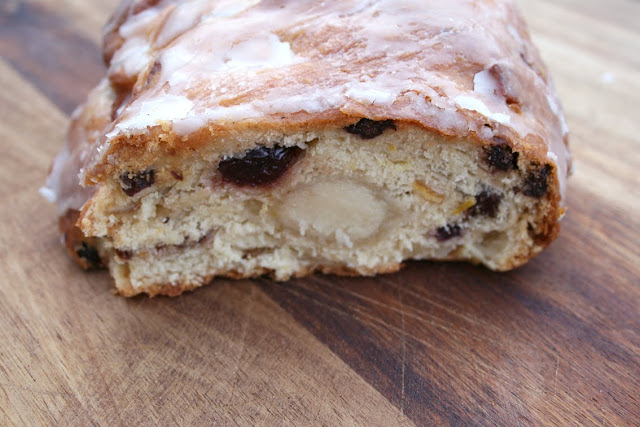 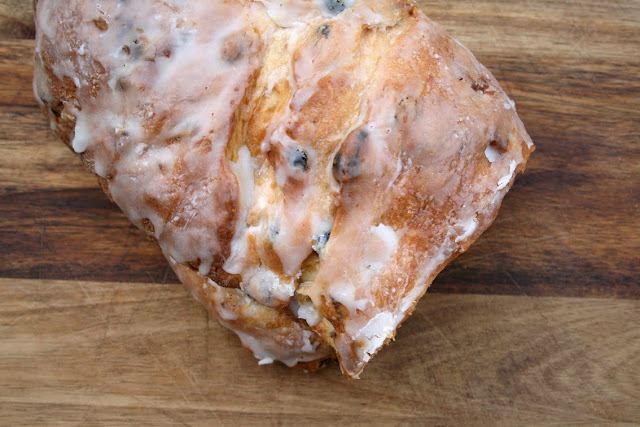 We did the taste testing after a boxing day stroll and were lucky enough to have five judges presiding over this one.

I think both of ours fell down for being a bit dense and not as moist as they should be. Although they were both a few days old when we did the testing - especially my mum's, who made hers a couple of days before Christmas.

I would be the first to admit mine wasn't a winning bake and was very pleased to receive a collective mark of 6/10 for my loaf. I think it might have been a bit generous actually.

My mum did much better and got a score of 8/10 for her stollen - success! It definitely did look the nicest. 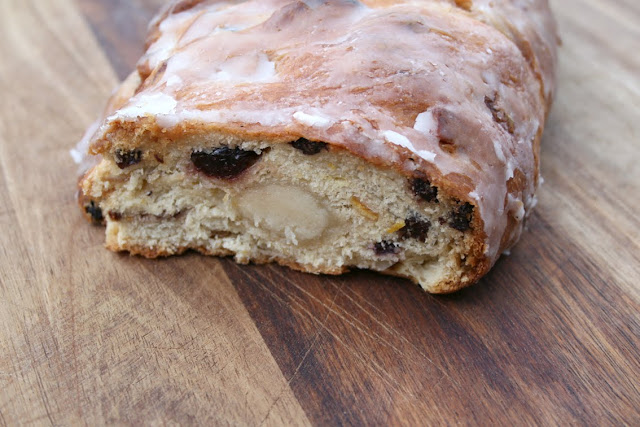 For the next challenge, we've decided on making a quiche.

And we had a couple of new sign-ups to the challenge on boxing day so this one might be more of a group bake-off. Things are going to get competitive!