I am well and truly obsessed by growing things at the moment. It's so satisfying to see the weekly progress of the plants we are growing, as well as adding new additions to our indoor and outdoor gardens.

I've been documenting some of the progress around here: 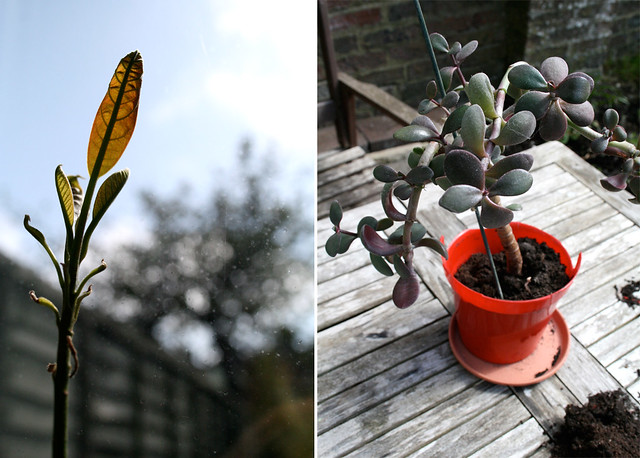 The leaves are getting visibly bigger by the day and it seems to be enjoying it's sunny spot on the kitchen windowsill. I still have faith that Ben's will get going at some point too - although it still looks like it did back in February. Perhaps a little greener?

On the right above is a Money Plant I was given about 10 years ago by Derek's sister Grace. It's been living with my mum for a while, but she insisted I take it home with me last time I visited. It's grown massively since I was given it as a little cutting, but unfortunately it's got a bit out of control and has grown too tall for it's own good and was struggling to stand upright in the pot.

I decided to take some cuttings to try and grow some mini versions, which I can tend to as they grow. 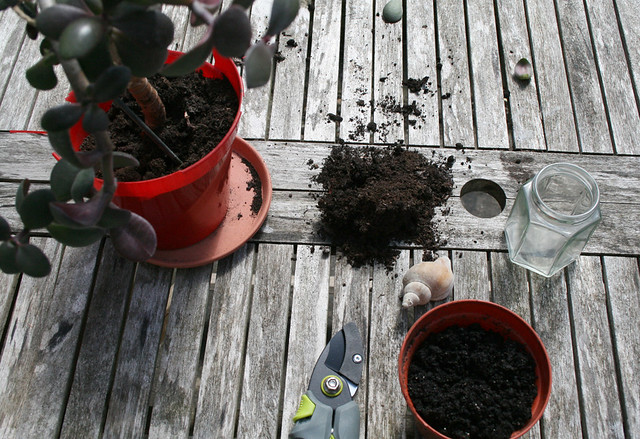 I've taken a couple of cuttings, and placed one in soil and one in water to see how they get on. Fingers crossed!

Speaking of propagation, Ben has been trying his hand at it too, and is currently trying regrow some celery and pak choi from the bases of old ones. You can see the celery on the right in the image below. 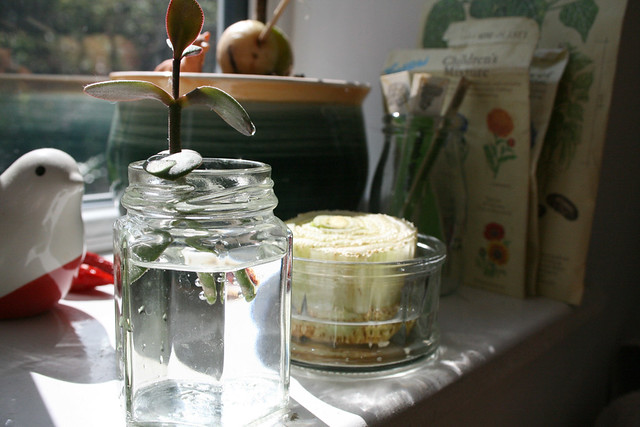 Since this photo was taken some mini stalks have begun shooting up from the base - so it looks like it's working! Our friend Beth told us about this technique, and she's well on her way to some new celery already.

I'm intrigued to know what else can be propagated like this, and how successful it is. Has anyone tried anything similar?

Talking of new shoots, my Italian cucumbers that I got in the seed swap are beginning to grow. Good news! 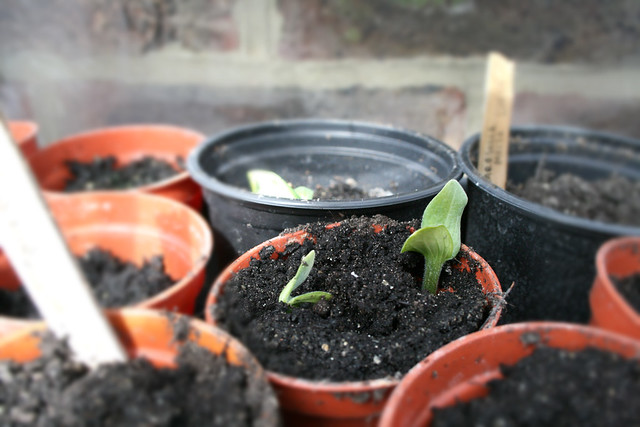 And that's not all, my little Chuppon is also going strong, and the mint plant is starting to grow from his backpack. 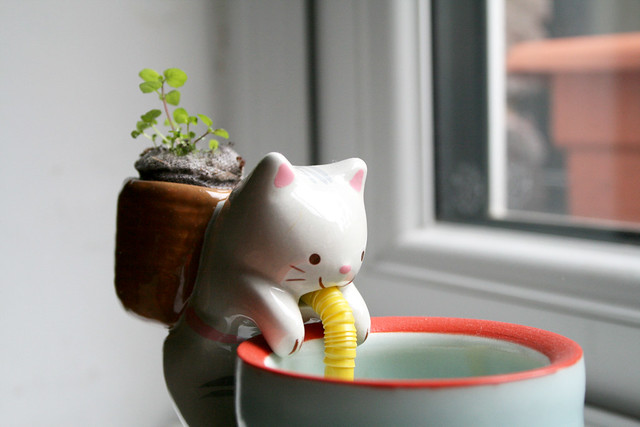 Look at him grow!

There'll be more plant updates soon I am sure.
I really like growing things.
posted by d e b b i e at 7:20 pm