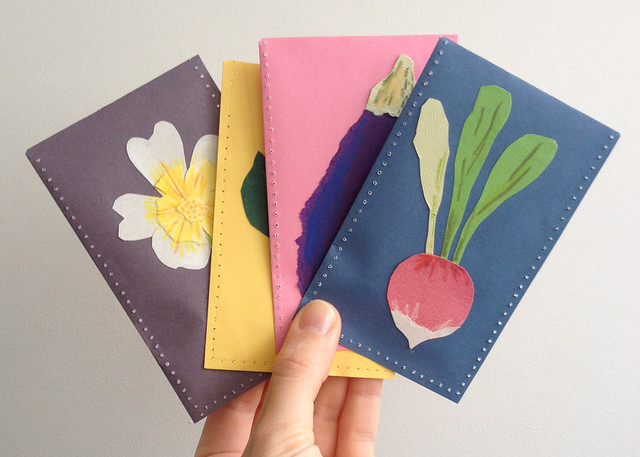 As I mentioned in a previous post, Lyndsey let me sign up as a late entry to the What You Sow secret seed swap last month. I haven't done a swap for a while so I was really pleased to be taking part, especially as I have a new garden to get growing in.

I really enjoyed preparing my package to send out. I picked out radish, rocket and aubergine seeds (some of my favourite vegetables) and added in some Limnanthes seeds too, as it's nice to have some flowers in the garden.

I illustrated each of my packets with paper collage pictures of the plants, and typed out some labels for the back. 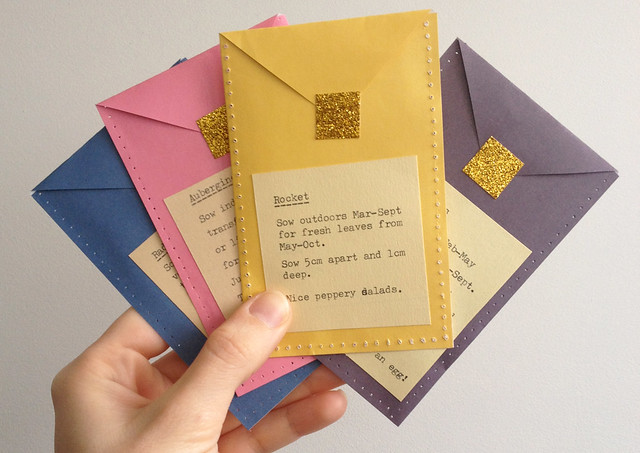 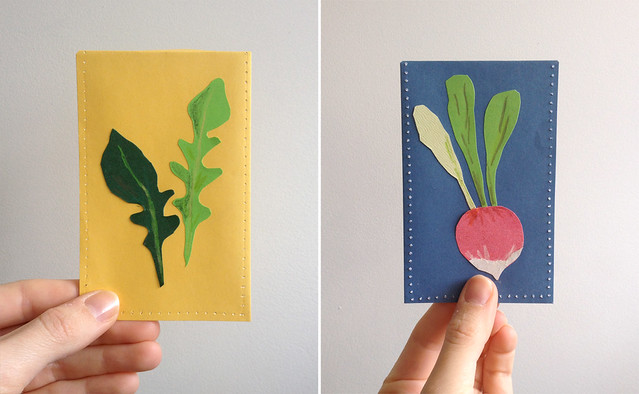 I hadn't heard of Limnanthes before, but it is nicknamed the 'poached egg' plant because of the appearance of the flowers, which won me over immediately. 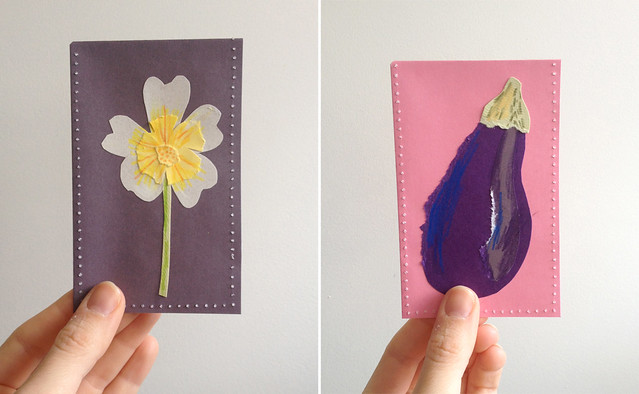 I was pretty happy with how they turned out. Nice and colourful!

And I received an equally colourful package in return from my fellow secret seed swapper. Just look how cute they are! Thank you Gabriella. 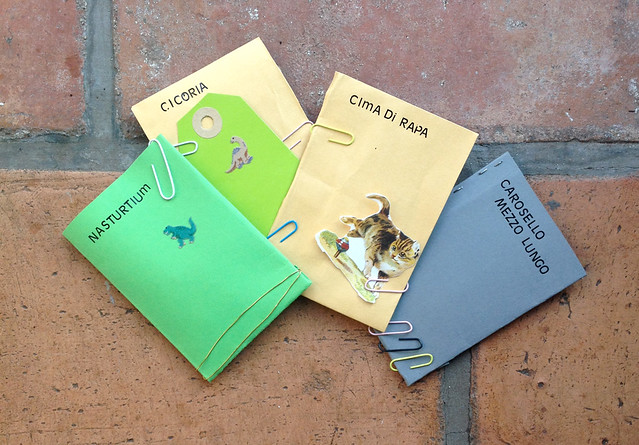 Beautiful packets, and a great selection of edibles, a lot of them themed around Puglia in Italy.
I've since found out that Gabriella has a great blog called Mangia Bene - filled with 'edible stories from a British Italian kitchen', hence the Italy connection.

Cicoria are bitter greens used in Puglia's national dish, and Gabriella described the Cima di Rapa as Puglia's equivalent to purple sprouting. She also included Carosello Mello Lungo which is an Italian cucumber, and some nasturtiums which are pretty and edible too - perfect!

I had a day off work yesterday so I decided to sow a few of the seeds (some nasturtiums and some of the cucumber seeds). Nice to do some gardening on such a lovely warm day. 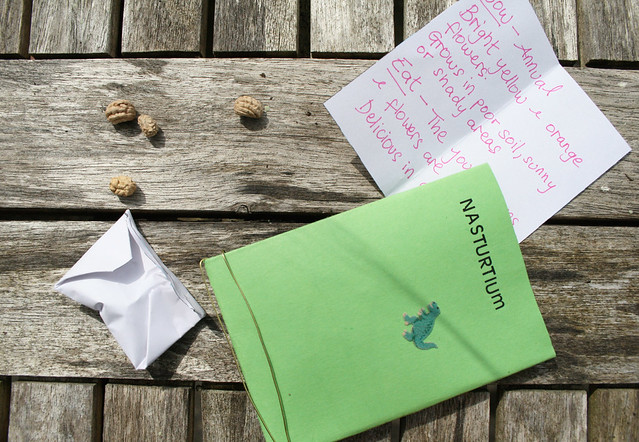 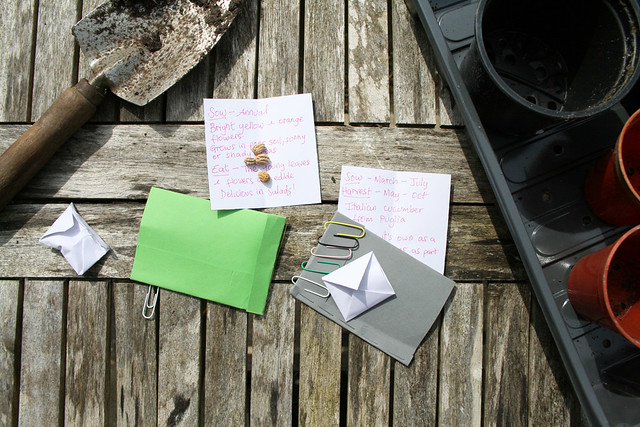 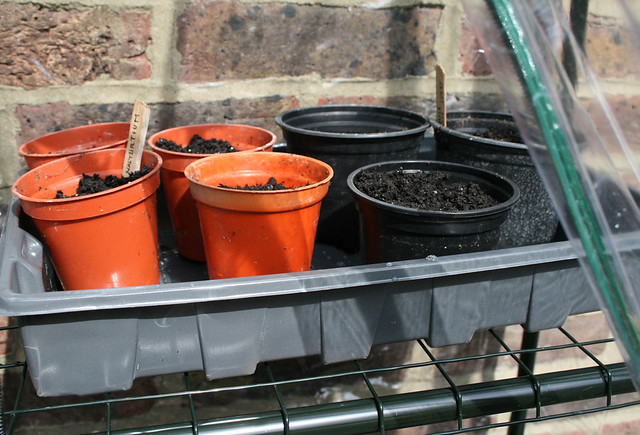 And here they all are, sitting in our mini greenhouse alongside the runner beans (which are beginning to sprout!)

Thanks once again to Lyndsey for organising such a great swap. I'm looking forward to taking part again next year.
posted by d e b b i e at 9:31 am