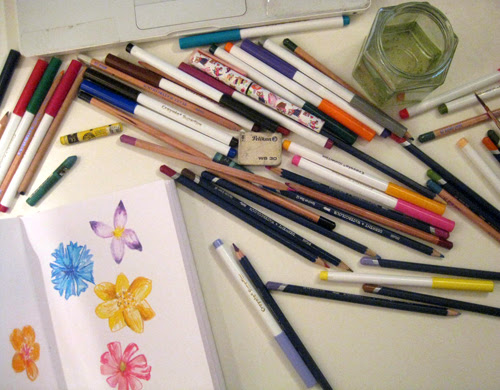 I seem to spend a substantial part of my evenings at home tidying up after myself. 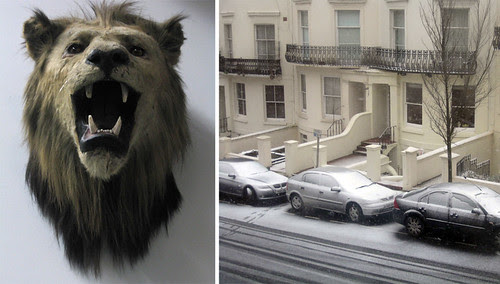 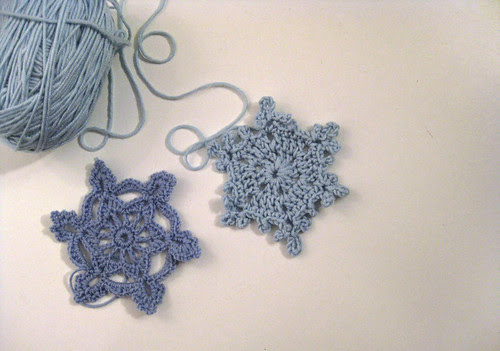 Photos from a winter weekend: Lots of walking in the snow in wellington boots, a trip to the Booth museum and some under-blanket crochet. 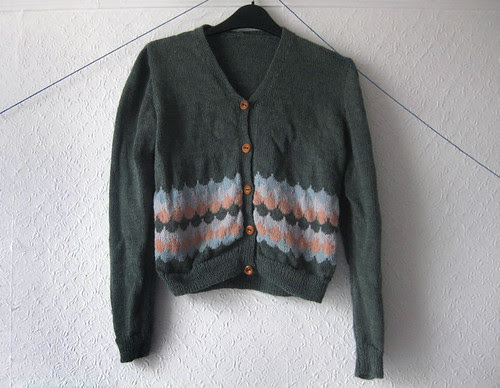 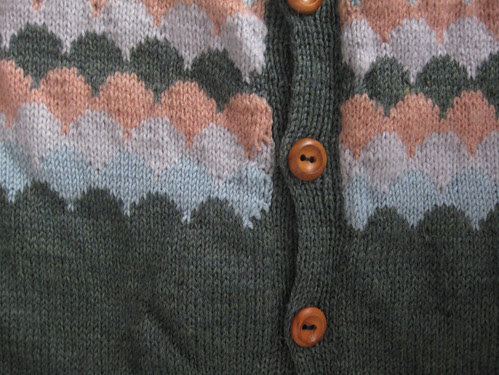 Here's another cardigan I finished recently. It took me quite a long time to complete - I started it in the middle of summer!

I'm pleased with this one. Nice colours and some sweet fair isle. I've been using my favourite knitting pattern for all my recent cardigans as I really like the shape - I've just been trying out different lace patterns and colourwork as I go.

I made this finger puppet for a friend who was having a monkey-themed birthday.
Thanks to Tommy for the pattern. 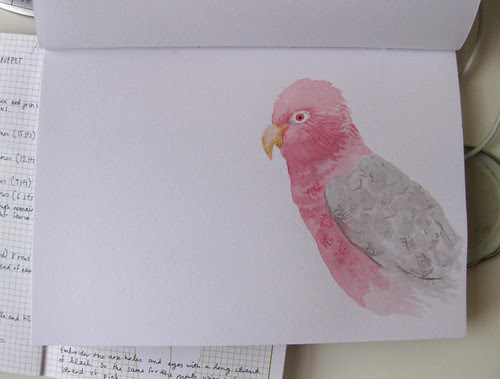 To chase away the January blues I have booked myself a flight to Australia to stay with my brother. I leave in 5 weeks. AMAZING.

If anyone has any suggestions of nice things to do/see/visit in Melbourne and the surrounding area then please do send recommendations my way. I think we're going to hire a camper van and drive the Great Ocean Road.... 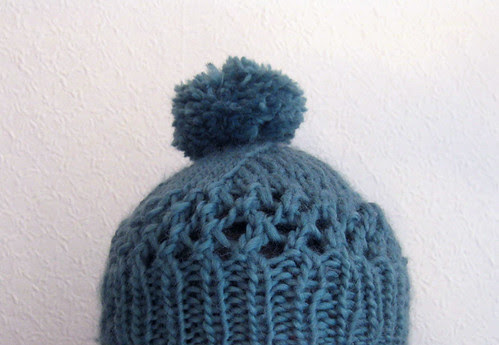 Just in time for another cold snap. 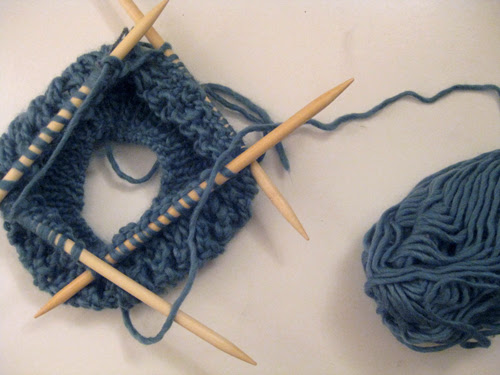 Cold January evenings are best spent indoors making warm hats.
This week I've listened to this song many many times. It makes me feel like everything's ok. 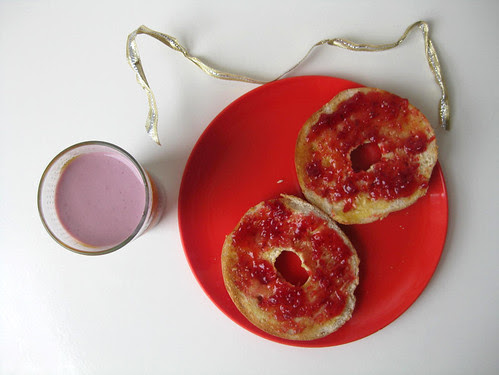 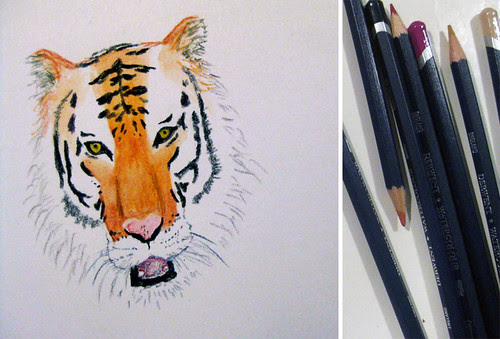 Today: Sampling some festive treats.
Tonight: Testing out new pencils.
Tomorrow: Back to being a career woman. 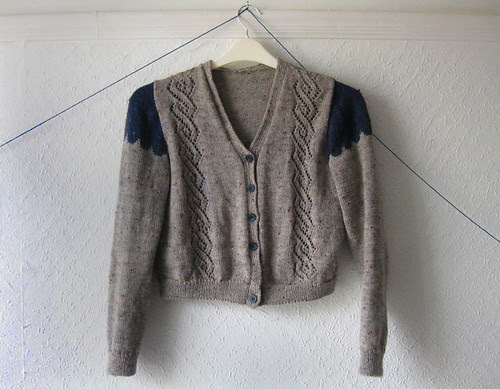 I realised that I hadn't taken any pictures of this cardigan in it's finished format (only as work in progress). This is partly due to the fact that I only got round to sewing on the buttons just before Christmas, despite finishing it in the summer.

It's done now though, and I think it's quite a triumph! 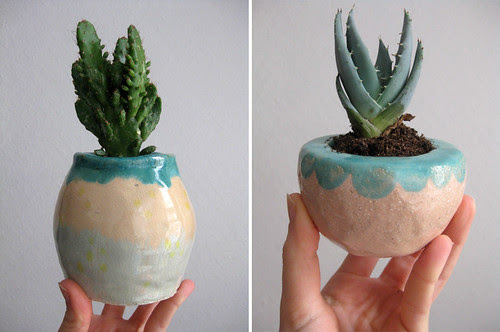 Here are some of the (more successful) results of my recent 6 week pottery course. I made some pinch pots and a few other small items using both slab and coil building techniques. It's nice to have mini pots for succulents.

There were a few other items I made where I was really happy with the construction but felt that the way the glazing came out totally ruined the piece. Glazing is hard to judge. 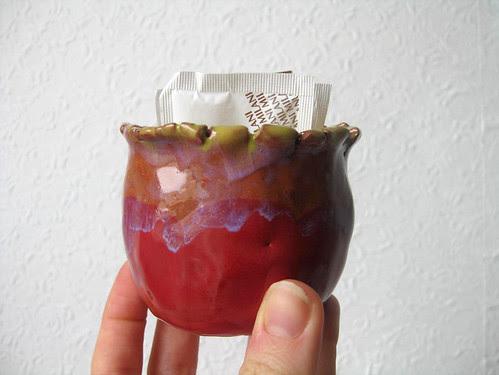 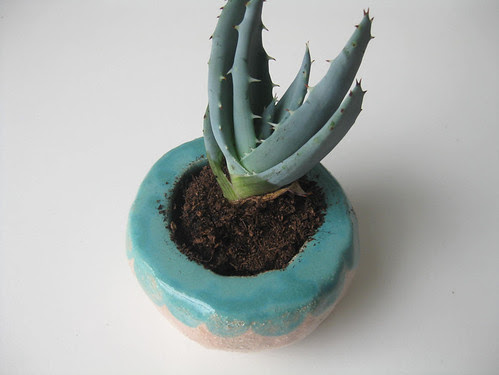 Above: My favourite pinch pot. I liked the coarse crank clay a lot.
Below: A little slab built house, alongside a sweet tree decoration from Rosie. 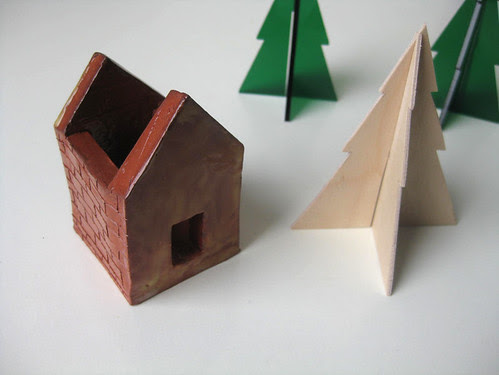 As I mentioned before the cook-off challenge between me and my mum for November was some festive chutney, to accompany the Christmas cheeseboard.

There were a couple of independent adjudicators this time and the overall consensus (from myself included) was that the Mary Berry recipe that my mum followed was a favourite. The chutney I made was popular but was quite a bit sweeter in comparison, which is better in much smaller portions I think.

When it came to the scores though, we were awarded 8 points each as my mum had a mark docked for unoriginality (she used the recipe I already tried and tested last year). At least none of us had points deducted for lack of meat this time.

I think we might continue this challenge in a less formal format over the next year - setting the task of one thing a month didn't work out too well for us but we both like the friendly competition and the chance to try new things. 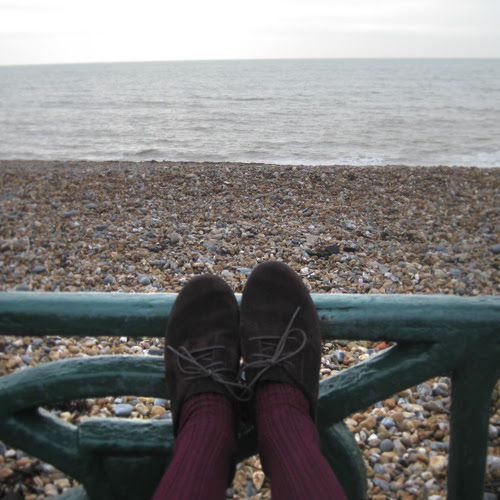 ...continue as I have been doing. But with better results.

the tail end of christmas... 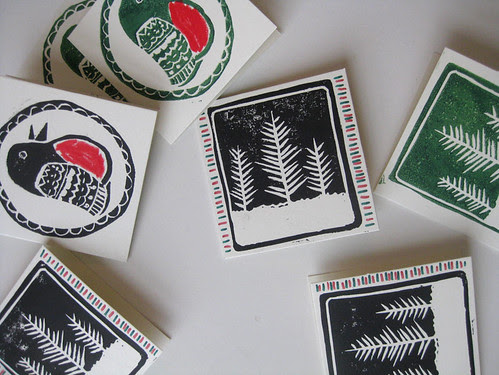 This year I did some lino printing for my christmas cards, which were inspired by a delightful craft night at Lucy's. I think some of them could have done with more colour but I was happy with the results.

Christmas and new year was a bit of a blur for me this year. My birthday is sandwiched in the middle and it feels like a lot happened in a very short space of time.

It's also weird when it goes from a really busy time in December to a sudden stop in January. I'm going to try and be productive this month to counteract the void.