Our second cooking challenge of the year is complete! Bakewell tarts was the test this time, and it was like a proper bake-off (in that both of our recipes came from the Great British Bake Off).

I went down the Mr.Kipling route with an iced bakewell tart, and my mum went a bit more rustic, with a scattered almond and icing topping.

I was pretty impressed with how mine turned out actually - I thought it might be a challenge too far to get the pastry, frangipane AND icing to turn out right, but I think I did ok - and I enjoyed making it a lot. 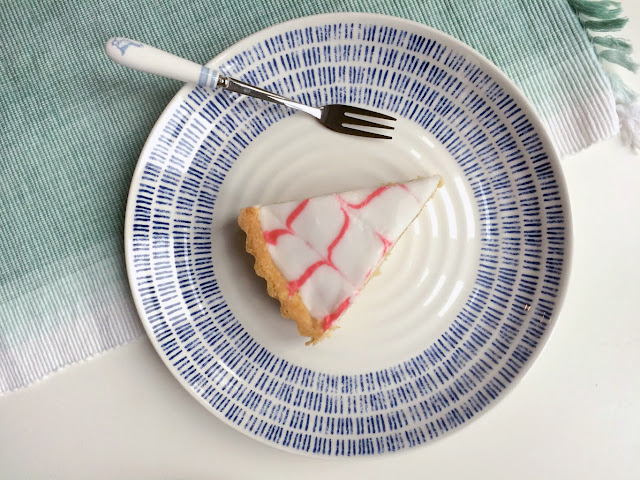 The recipe I used was by GBBO contestent Luis Troyano, and I'm pleased to say my tart looks pretty similar to the photo used on the recipe - a visual success!

I enjoyed working with the sweet shortcrust pastry - I managed to roll it out nice and thin, and ended up with a pretty neat looking tart case after the blind bake.

And I haven't made a frangipane filling before so I wasn't really sure what to expect. When I first added it to the tart case it looked like I hadn't made quite enough (and I actually made a little more than the recipe required) but after baking it had risen quite a bit and I wasn't left with a sunken looking tart like I'd been worrying about. 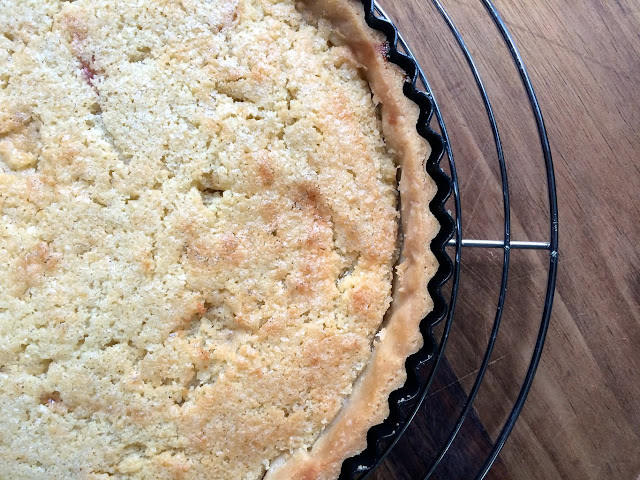 I thought the icing might be my downfall so I really concentrated on getting a neat and smooth layer, without getting any crumbs mixed in, which has been an issue in the past. I ended up with a pretty even coverage - right to the edges too! 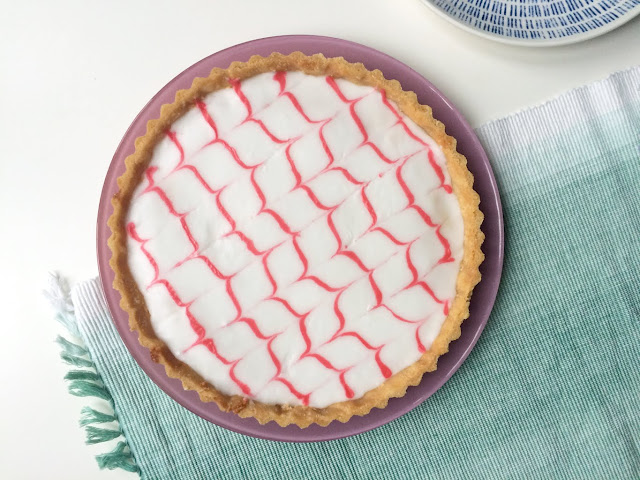 And the stripes were super easy. I'm pleased it didn't matter that I had slightly wobbly hands at the time. 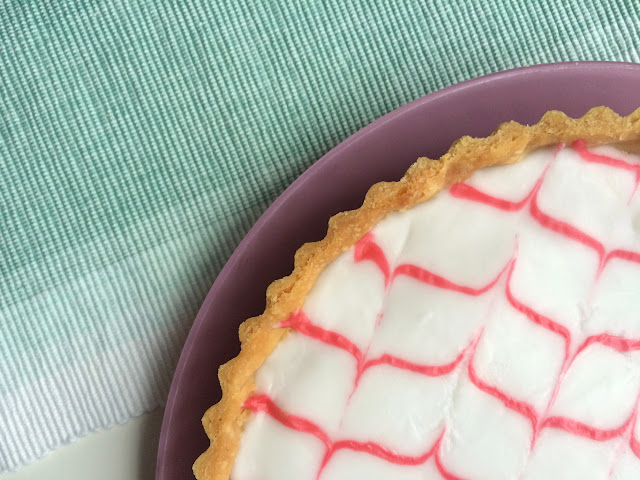 My mum found her recipe in one of the Bake Off books. She said she struggled a bit with the pastry and she had to do a couple of patch up jobs prior to baking. It looks like she had more than enough frangipane though, as it ended up taller than the pastry.

I quite like her approach to a topping - a scatter of almonds with just a drizzle of icing. A good option for the less sweet-toothed among us as the fully iced tarts are definitely super sweet. 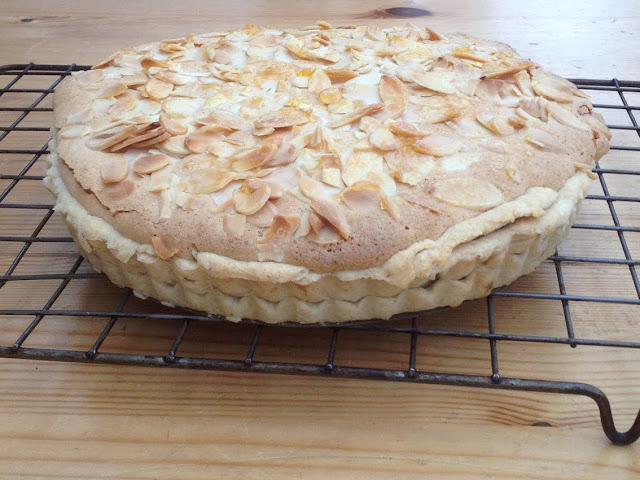 So, how did they taste?

Overall I found my tart pretty tasty, although admit it was a bit of a sugar overload. I worried at first that I'd spread the jam too thinly on the base, but think it was the right amount in the end - the filling was nice and moist, in contrast to the crisp pastry.

My mum has reported that hers was very tasty too, although she thinks she used too much jam on the base, and she said her pastry was a little uneven. It looks good though!

I made my tart the same weekend as my mum and dad came to visit so for the first time in a while we had the same judge to make a direct comparison.

Both my parents and Ben gave my bakewell tart a 9/10, with my mum and dad deducting a point because of the sweetness, and Ben deducting a point for the lack of cherry on each slice (!) I gave him another slice with a cherry on the following day so he was happy in the end.

My dad, it turns out, is quite a fan of bakewell tarts and was generous with his voting across the board, giving my mum a 9/10 too. However, my mum insisted I reduce this to an 8 as she wasn't pleased with the technical side of her bake.

Personally, I think she should take the high marks while she can, as she never knows what my dad is going to refuse to eat. 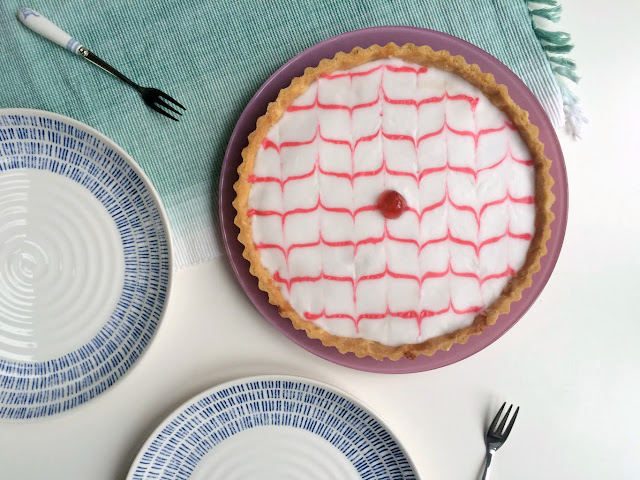 On the whole, I think we both did really good this time round.

Next time we'll be making filled pasta - I'm thinking ravioli.
I hope it doesn't matter that we don't have pasta machines...