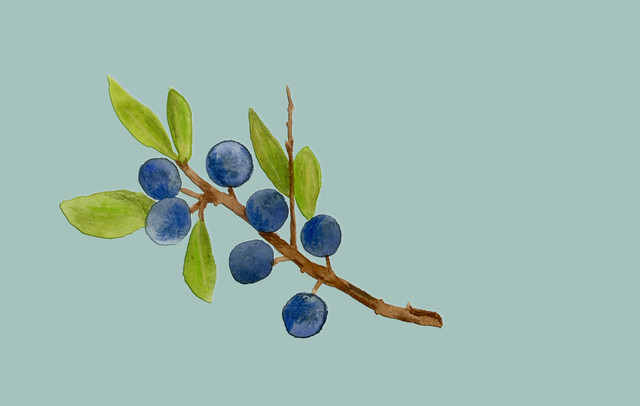 At the end of September we spent an afternoon up on the downs foraging for berries. We came back with a small tub full of blackberries for a Sunday evening apple crumble and an even bigger haul of sloes which I put in the freezer and forgot about for a while. 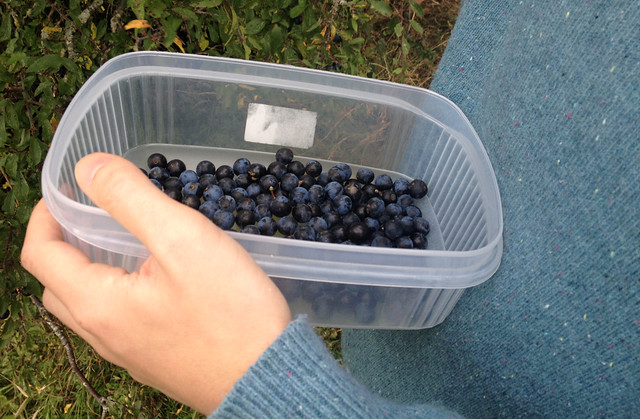 A few weeks later Ben and I made a batch of sloe gin (more about that another time) which used up about two thirds of the berries we had. I thought it would be a waste to throw the rest away so I put them back in the freezer with the vague idea that I'd make another batch of gin when I'd picked up another bottle.

However, this weekend I went around to Hannah's house for a delicious lunch party and was inspired by the sloe syrup that she had made and served with ice cream for pudding. It was delicious! As was her elderflower gin which I was very lucky to sample.

I decided to follow Hannah's lead and make some syrup to use up the rest of the sloes. It's super easy to make and I've written out the recipe below in case any of you want to try.

Put the sugar, sloes and water into a large saucepan and simmer for 40 minutes, stirring often.
The mixture will turn a lovely deep purple colour.

I added the lemon juice to the mixture halfway through simmering.

Next strain the mixture through a colander to remove the bulk of the sloe berries, then strain through fine muslin to remove any smaller bits. I ended up with about 600ml of syrup after straining.

Pour the mixture into sterilised bottles or containers, and seal. Once opened keep the syrup in the fridge.

I decided to freeze half of my mixture to keep for later. 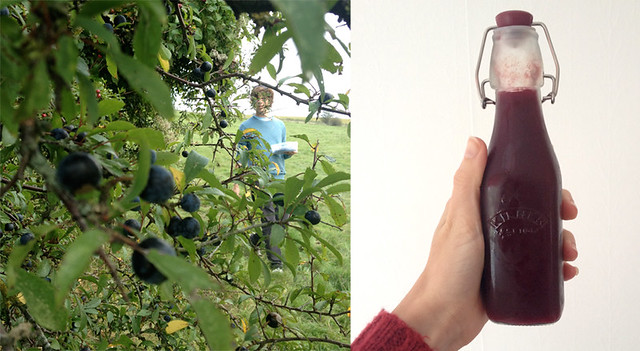 The syrup is delicious as an accompaniment for ice cream. I suspect it would also make a nice pancake topping and could be used to make some great gin cocktails too.

Apparently it is also rich in vitamin C and has been recommended to treat colds.

Medicinal and tasty too. Enjoy!