I was tempted to change the title of this post to 'let's fail to cook: swiss rolls' as I'm afraid this challenge wasn't our finest hour. We actually completed this bake-off way back in April, but I've been holding off posting about it as it was such a disappointment.

Here goes though...promise not to laugh too much.

All I can say is that swiss rolls are harder than they look.

My effort is shown on the left (no amount of icing sugar can cover up that sorry mess), and my mum's is on the right.

I actually had two attempts here and this is the best of the two, which is really saying something. With my first effort I attempted a cake with no refined sugar but boy was that a mistake. The recipe used stevia as a substitute which I found out after baking has an aftertaste that will make you need to scrub your tongue (I actually had to do this).

Ignoring the taste, my first sponge came out pretty nice and fluffy. It cracked a bit while rolling but wasn't a complete disaster. But of course I had to start again, because of the stevia. I used a more traditional cake recipe for my second attempt, but think I rushed the whisking part and didn't get enough air in the mixture as my cake came out of the oven very flat and rubbery (with a distinct eggy aroma). Awful!

I also failed with my filling as I was aiming for something tropical, yoghurty and light, which instead ended up sloppy, oozy and gross. Oh well! You can't succeed at everything. 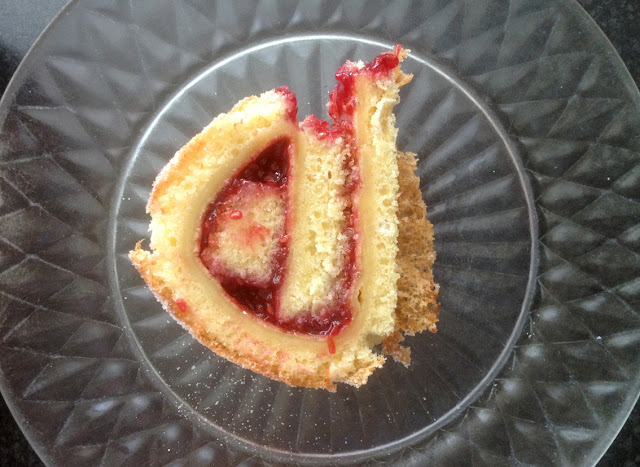 My mum's sponge actually looked ok, although she also reported a slightly eggy taste when freshly baked. I think her troubles were caused by baking for slightly too long, leading to this interesting geometric swiss roll.

You can't go wrong with a traditional jam filling though - sometimes it pays to play it safe!

We actually had an extra entry into the challenge this time. My brother Tim decided to take part too, and just look what he came up with: 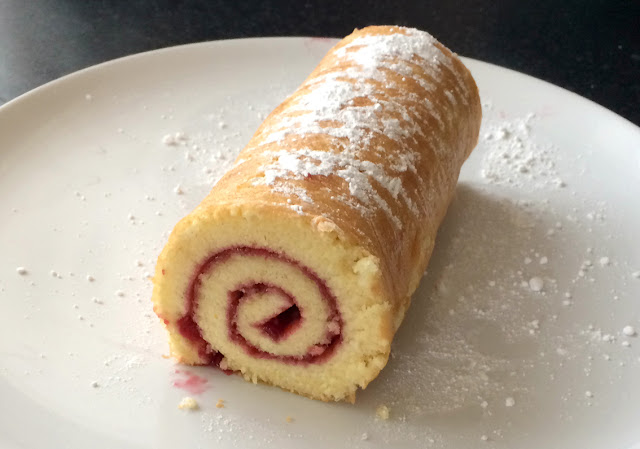 A rather perfect looking swiss roll, which rather steals the show.

It totally looks the part, although both him and my mum confirmed that it was a bit dense and eggy too. Why are swiss rolls so hard?

And to the results...

Ben was very sweet and tried to give me a score of 2/10 but I've overruled that and awarded myself 0 marks as we had to throw the whole thing in the bin.

If I remember correctly my mum was awarded a 3/10 for her effort, and of course Tim came in first, although still with a fairly low score of 5/10.

I think we'll all have to give them another go one day, once the disappointment has worn off.

Next time we'll be making sushi. I'm looking forward to this one!
We can't do much worse...

I've been going through a bit of a creative dry spell lately, with very little time spent making, drawing or crafting outside of work. I'm not sure why, but I think I need to rediscover some creative energy.

The only area where I am finding motivation, and enjoying making things, is in the kitchen. I've been setting time aside most weekends to do a spot of baking and Ben and I have been trying new recipes non-stop during the week. It's been a good time for our tummies!

I thought I'd share a little recipe for something I made at the weekend, as it was a successful baking experiment, inspired by a tasty seedy snack one of my work pals shared with me last week. 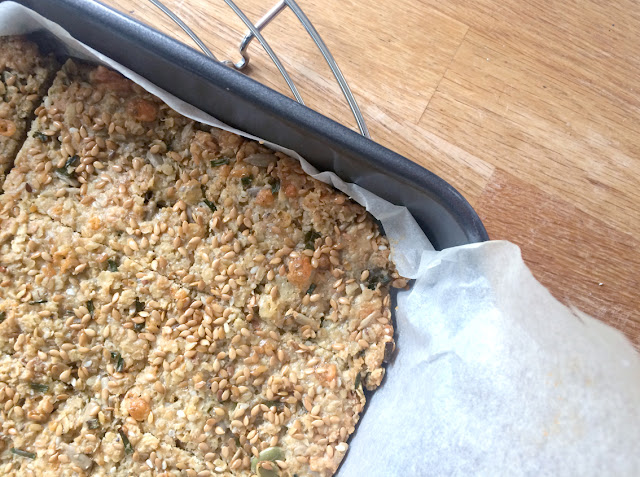 Method
Preheat the oven to 190ºC and line a 20 x 20cm baking tin with parchment.

Mix the oats, seeds, cheddar, mozzarella, butter, eggs and herbs in a bowl and season with salt and pepper.

Put the mix in your lined tin and ensure it is evenly distributed right to the corners. At this stage I sprinkled the top of my mixture with a small handful of linseeds.

Put in the oven and bake for 25-30 mins, until golden brown on top.

Transfer to a rack to cool, and then slice into flapjack pieces. 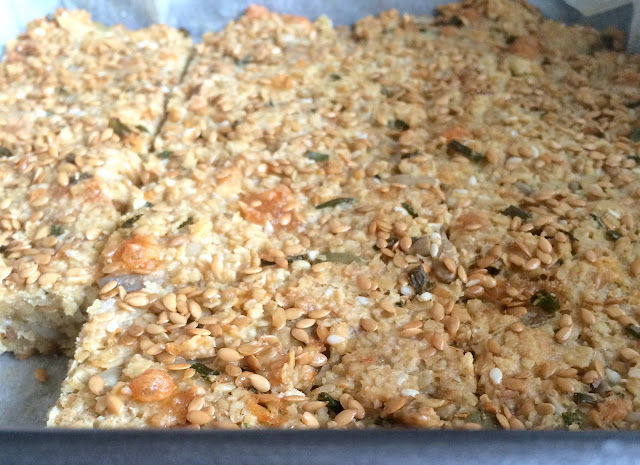 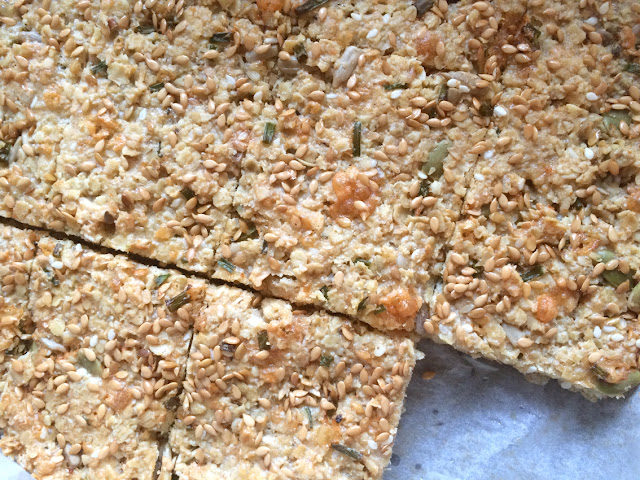 They're perfect for a mid-morning work snack. Lovely and cheesy. I think I'm going to make another batch this weekend, with extra seeds.

Let me know if you try this recipe out as I'd love to hear how you get on!