Our summer cooking challenge was gazpacho and bread rolls. My attempt is shown on the left and my mum's is on the right. Audrey also joined in with this challenge, but unfortunately I don't have a photo to share.

I think the trickiest part of this challenge was the bread as the gazpacho is pretty quick to make (as it doesn't involve any cooking of course!). For my rolls I followed this recipe from The Comfort Kitchen for no-knead crusty rolls.

I liked the sound of no-knead, and these rolls were easy to make, bearing in mind that you need a few hours in between mixing and baking for the mixture to prove. I made the mixture one day and left it overnight to prove.

When I came to bake them I did find the mixture a bit sticky and think I might have knocked a lot of the air out of the dough when transferring them to the baking tray as they didn't rise as much as I'd hoped. The flavour was delicious though and fresh from the oven they were nice and crusty. 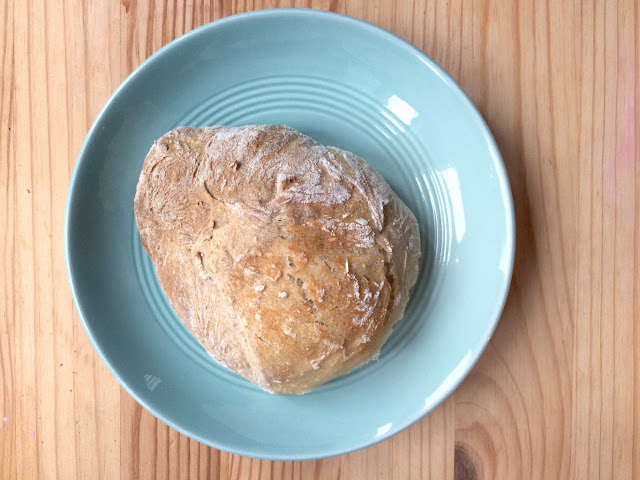 I think I'll try making these rolls again one day as they are so easy that the mixture can be cobbled together one night, and then baked the next evening after work. Hopefully they'll rise a bit better next time too.

For my gazpacho I followed a recipe from an allotment gardening cookbook we have. As expected it was super quick to make. We picked the perfect time of year for this challenge as it was just around the time that our allotment greenhouse tomatoes were fruiting and I was able to harvest enough homegrown tomatoes for the recipe. What a treat! 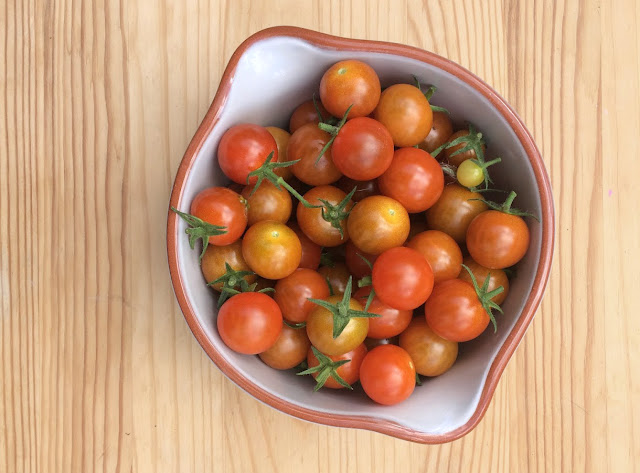 As I made quite a big batch of the gazpacho I tried out a couple of different consistencies when serving.

For the first portion I used our food processor to blend the mixture so it was a slightly chunky consistency. Ben really liked this texture, but I wasn't convinced (particularly by the appearance). 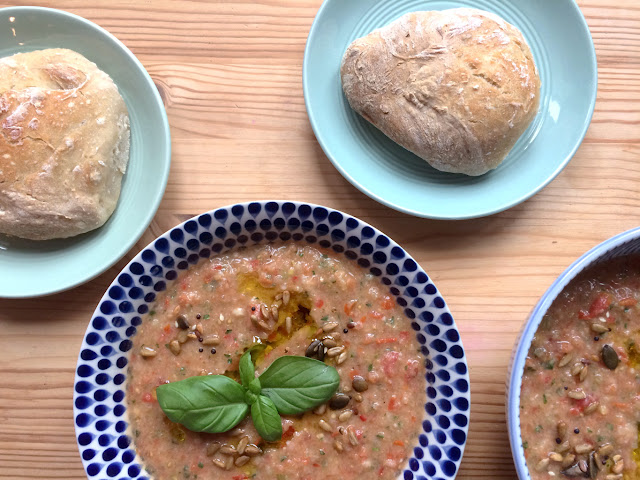 When we had the gazpacho the next day I used the blender to make a smoother consistency and I think this looked a bit more like traditional gazpacho. It tasted good too! 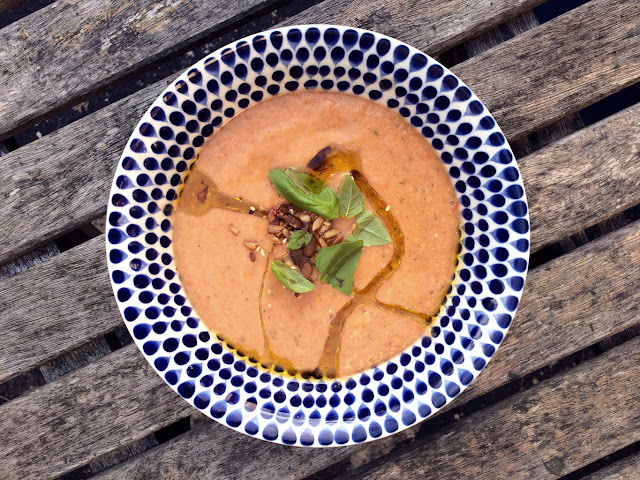 My mum unfortunately didn't enjoy her gazpacho and thinks it's an acquired taste. She said she's never had 'cold soup' before.

Luckily she wasn't judging, and my brother and dad were. Her gazpacho looks good to me, and the poppy seed rolls look delicious, although I've heard reports that they were a little on the hard side (super crusty!?)

Audrey also made her gazpacho with homegrown tomatoes (bonus points?) and John made a loaf of rustic Spanish bread to accompany it. They were really successful with both, and have since made it again for a dinner party.

It's great that these cooking challenges can lead us to discover new things that we want to make over and over again! My mum might not agree on the gazpacho front, mind.

Ben was very happy with the gazpacho and the rolls and tried to give me 9/10 for this challenge, but I don't agree as the consistency of my bread rolls wasn't right. They tasted delicious, but were a bit flat, so I docked myself a mark and am going to settle with 8/10.

The review from my dad on my mum's gazpacho was that is was as good as he's had when eating out before, and the flavour and texture deserved 9+. Great score!

However, although the rolls looked good, both him and my brother said that they were a bit too tough to eat, and were probably around a 6/10, so overall they gave my mum 7.5/10.

Audrey and John both enjoyed their gazpacho and bread and collectively gave themselves a 10/10 - a very successful result!

We all did pretty well this time round.

My mum has demanded we make something sweet next time as we've done a couple of savoury things in a row now, so we're going for carrot cake.

I've never made a carrot cake before and am on the hunt for a good vegan recipe.