a year in the making 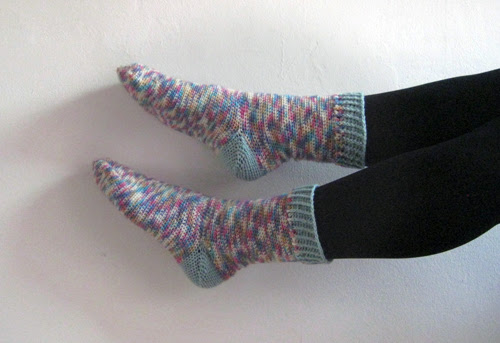 These socks are finally finished.
I'm not convinced crochet is the best option for socks as they aren't very stretchy, but my toes are nice and snug. 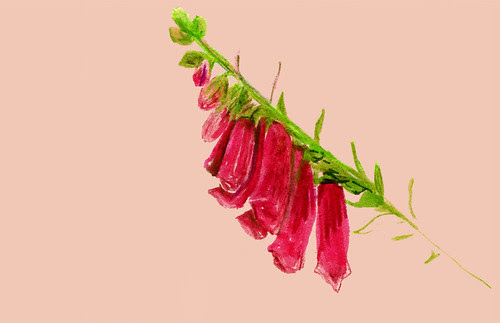 I've been spending a lot of time thinking back about nice trips recently.

Exactly one year ago tonight I landed in Melbourne for 3 week dream holiday - it doesn't seem that long ago at all.

In July we went and stayed in an old romany caravan surrounded by poppies and foxgloves in a very sweet garden in Cornwall. It was a perfect summer weekend.

Although we could have done with a tiny bit more leg room. 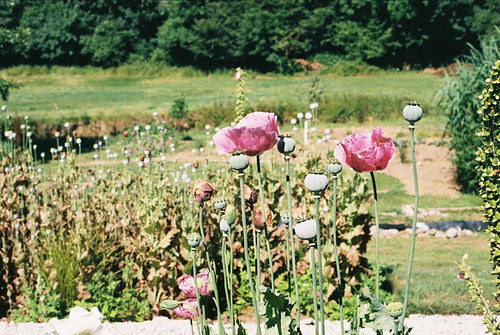 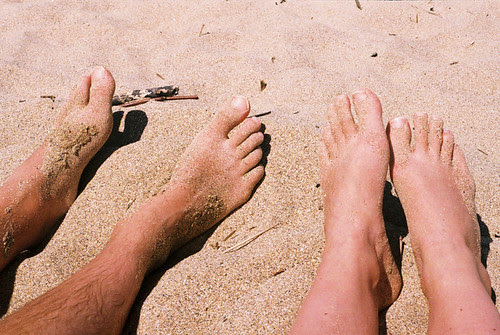 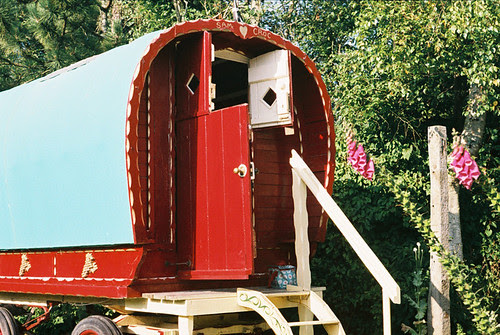 I do love to holiday.

a drawing a day

Ben & I started some sketchbooks on Friday to practice our drawing.
50 sheets of paper each. 50 days. 100 drawings.
Let's see how it goes... 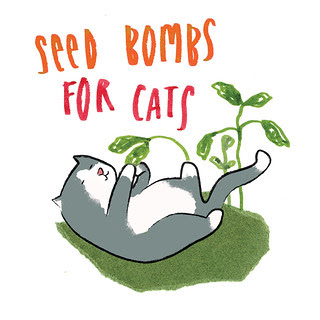 Towards the end of last year my friend Lyndsey, who runs lovely online shop What you sow, asked me to illustrate a label for the packaging of the new product she was launching: Seed bombs for cats.

I jumped at the chance to help out (especially as it gave me an excuse to spend some time drawing cats).

[Photo above courtesy of Lyndsey]

The seed bomb packages are a collaboration between Lyndsey and Josie Jeffery of Seedfreedom and contain 6 seed bombs packed with catnip seeds, peat free compost and clay, 2 seed markers (varied colours) to remember where you’ve sown them, a water sprinkler (varied colours) to convert your water bottle into a watering can and full instructions on how to use your seed bombs.

You can buy them here. A lovely gift for any cat lover (and cat!). 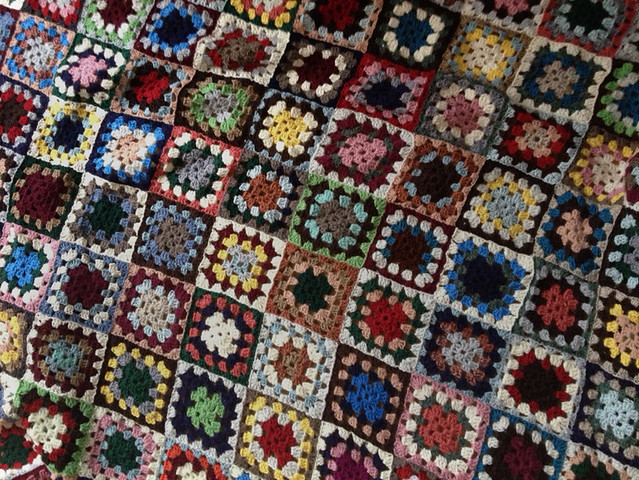 I made this blanket for Ben for Christmas. It was 6 months in the making but I managed to keep it under the radar - I think he was quite surprised on Christmas day.

I was quite surprised myself, as for a short while it was touch and go as to whether I would finish it in time - I was still crocheting the border on the evening of the 23rd.

All done though! And it has kept us both cosy through these cold January nights. Can you believe that he didn't own a blanket before this one? (I have about 5 - I can't get enough!) 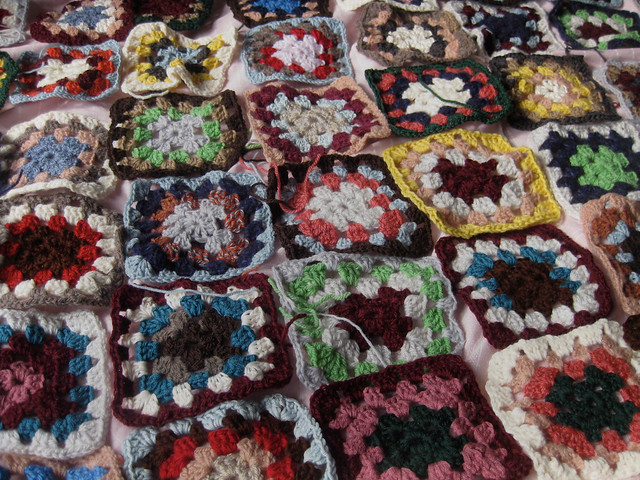 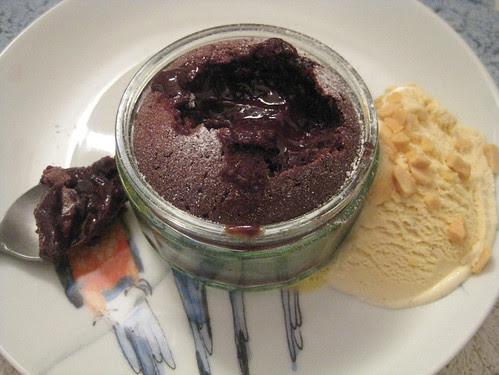 The cooking challenge is back!

This time we chose to make soufflés. The flavour was optional so we've ended up in a sweet vs. savoury situation, which is quite nice.

My mum went for a GIANT cheese soufflé: 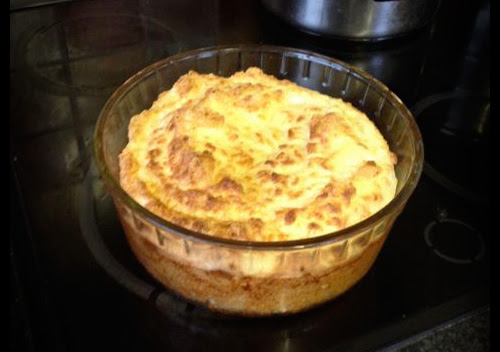 While I made mini chocolate soufflé pots: 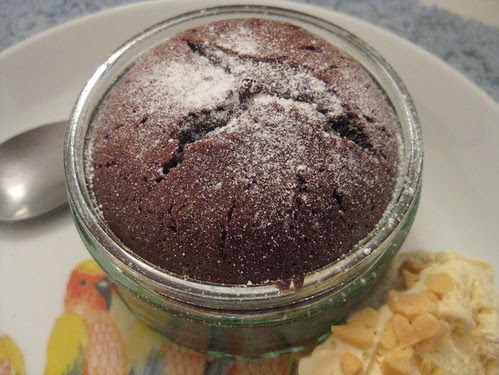 [Note: The zoom on these photos may be misleading]

I made mine to accompany a delicious meal made by Mark. They went down a storm - they rose well and were nice and gooey. We have since had them again at home (courtesy of Mark) so that's a positive seal of approval.

My dad gave my mum 5 out of 5. Top marks! Although he said he wouldn't want to eat it again. I'm not sure if that makes sense, but it did look quite a substantial feast.

A good result all round. And in the process I discovered that making a soufflé is far less complex than I first thought. I thought it was all egg whites and whisking, but my recipe involved none of that kerfuffle (maybe I cheated?).

Here's the recipe though, so you can judge for yourselves:


Instructions
Heat the oven to 180ºC and butter the ramekins.

Melt the chocolate and butter in a bowl over simmering water.

Beat the eggs with the sugar until they are very fluffy and light and then fold in the flour, followed by the chocolate and butter mixture.

Divide between ramekins (you can put some in the fridge at this stage if you want to eat them later).

Bake in the over for 8-10 minutes. They should rise slightly and have firm outsides whilst still being nice and gooey in the middle.

I would recommend vanilla ice cream and honeycomb as a great accompaniment. 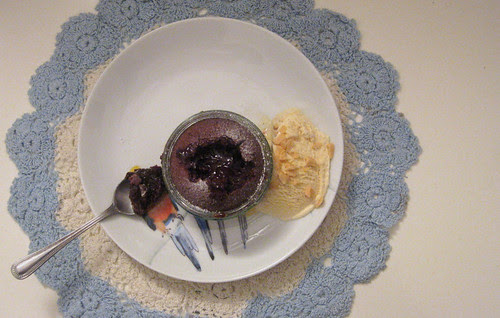 Next time we will be cooking decorative shortcrust pastry pies. Just in time for British Pie Week.