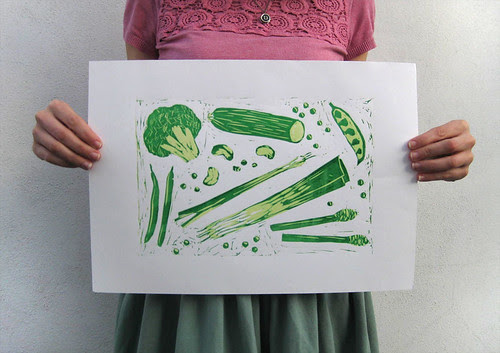 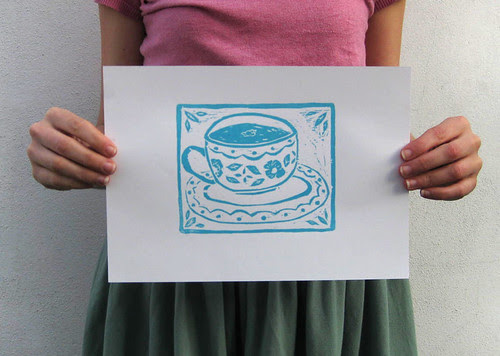 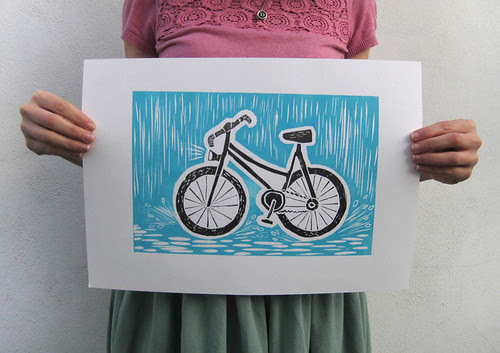 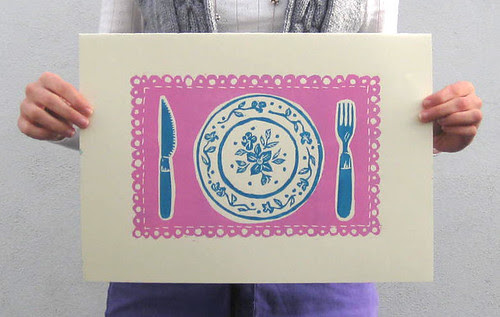 No more printmaking course for me - four weeks went by very quickly. Luckily I have a small selection of prints to show for myself and I've now become a member at the studio so can keep myself busy making more.

I thought I'd celebrate by holding a mini print giveaway! If you would like to enter please leave a comment on this post letting me know which of the above four prints you would like and I'll pick a winner out of a hat at the weekend. 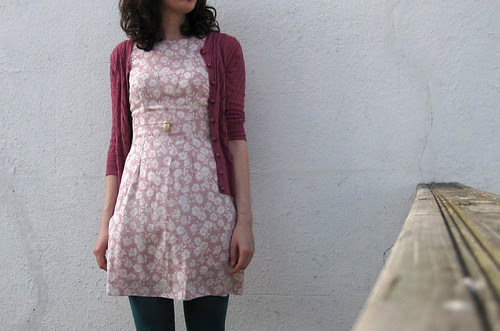 Taking photographs of myself with the self-timer is probably the most dorky thing to do of a weekend.
This month for the charity shop challenge I found a summer dress in a Portslade charity shop for £3.50. 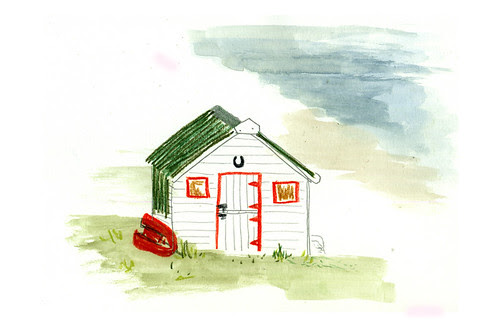 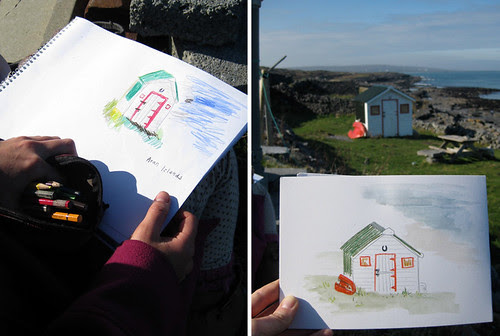 We sat by the seal colony and played watercolour challenge on Inis Mór. 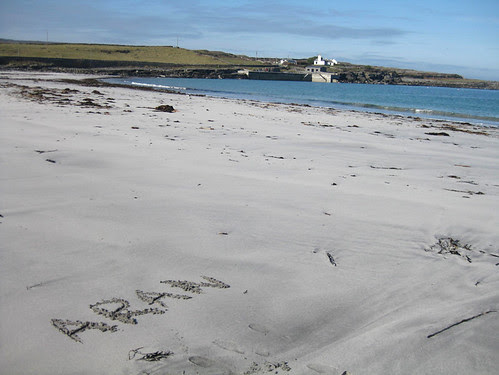 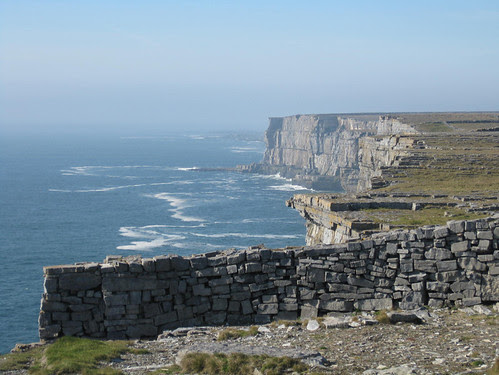 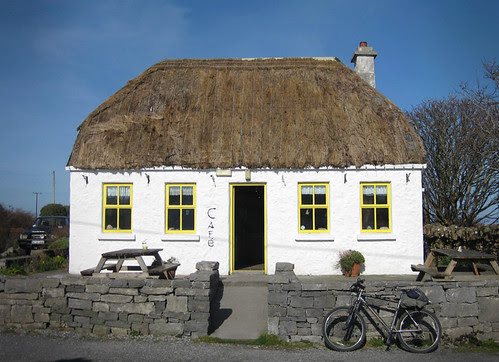 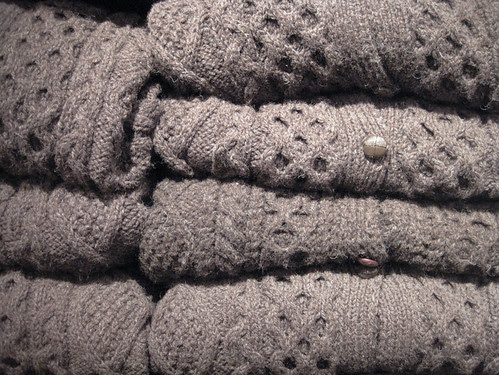 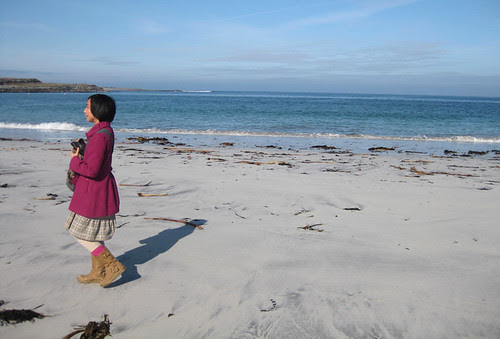 Last week Yumi and I went on a mini holiday to the west coast of Ireland. We had a lovely long train journey across the north coast of Wales and eventually made our way to Galway.

When we were there we took a day trip to Inis Mór, one of the Aran islands, where we hired bikes and cycled around the island - it felt like summertime. We also met a friendly lady who knits for a living. She had a whole hut filled with Aran jumpers made by her and her family.

There was also a mini museum exhibit about Aran jumpers which had some interesting information about some of the patterns used on the jumpers. Apparently Irish Moss stitch is used to represent the Carrageen moss which is gathered by the islanders, and the Diamond stitch represents the stone wall enclosed fields which cover the islands. Other stitched like Cable and Trellis are said to represent fishermans nets and most of the stitches have something to do with the sea, which is a huge part of island life.

This has inspired me to use Irish moss stitch and Diamond stitch on my next cardigan, which will be a variation of this favourite.

I also read that most Aran Sweaters on the island are knitted almost entirely from memory following no set pattern. Crazy.