You'll have to forgive me for being so behind with documenting our cooking challenges. We've actually completed two more this year since the quiche, so expect another post to follow shortly.

This time, the challenge was hot cross buns! Seasonal at the time - not so much now. This was another group effort resulting in four different batches of buns: 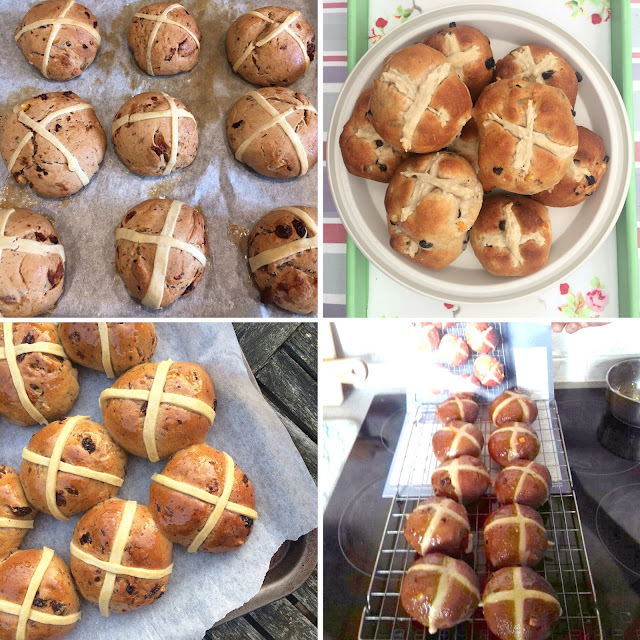 Ben and I actually used the same recipe from Vegan Life magazine for our buns. It was really easy to follow.

Unfortunately Ben had a bit of an issue as his buns didn't really rise and ended up quite small and dense - he thinks he might have heated the milk through too much and killed the yeast. I had a little more luck though as my buns doubled in size whilst proving. 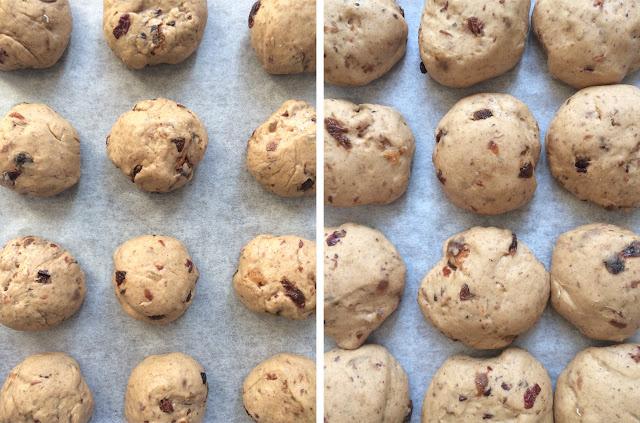 I really liked making the crosses. Having never made hot cross buns before I assumed that the crosses were always piped onto the buns (like shop bought ones) but our recipe called for thin pastry crosses instead. I like how thin Ben made his! They look really cute.

My mum and Audrey both went for the piped method instead. My mum found it a bit messy I think - she reckons she made the dough too thick, so it was hard to pipe.

In the end I was really happy with my buns, they came out of the oven looking lovely and brown and the flavour of the recipe was spot on. I would definitely make them again instead of buying them - a lovely toasted snack for the spring months. 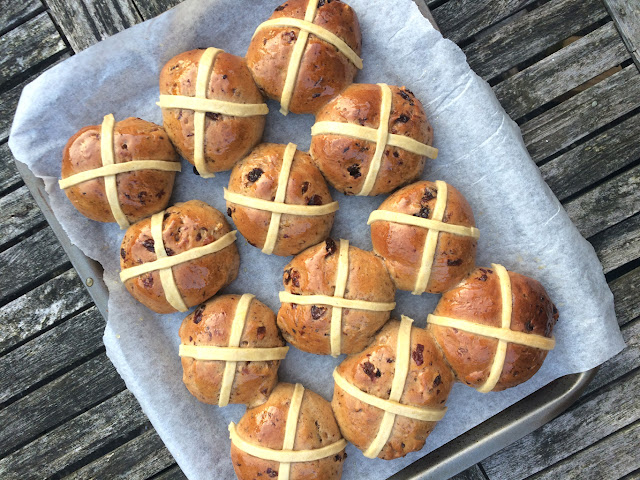 Ben made his buns first and although the flavour was delicious, the fact that they didn't rise meant that they had a very doughy and dense texture. I tried to give him a 5 but he argued me down to 4/10.

As my buns followed the same recipe, but I had the advantage of not killing my yeast, I got a very high score of 9.5/10 from Ben. The half mark was docked because some the crosses were a bit hard and some bits fell off when cutting. I think piped crosses might be a less fragile approach.

Audrey's hot cross buns looked brilliant (just like the photo in the recipe!) and the chocolate/orange combo sounded like a winner, but unfortunately they didn't pass the taste test, scoring a 4/10 on taste and texture. She's instead going to opt for a traditional recipe next year as the chocolate and orange was a disappointment.

My mum was awarded a 9/10. The taste and texture of hers were highly praised, but I think one mark may have been knocked off because of the slightly hard and messy crosses. I'm tempted to give her back a mark for her improved food photography though. 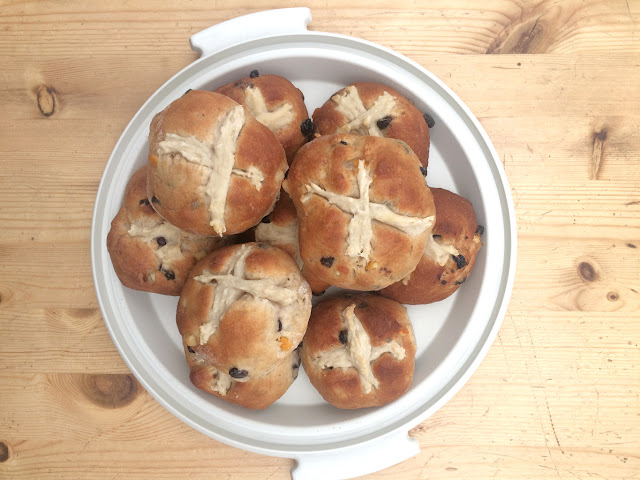 So, overall a mixed result this time, but it was nice to do another seasonal challenge.

Next up, we're making a Mexican feast, which must include some homemade tortillas and a minimum of two side dishes (salsa, guacamole, etc).